One of the more frequent questions that we get at ProVal is ‘What are the best practices for running ConnectWise Automate (CWA) on a Linux machine?’ The answer to this is far from simple. ConnectWise Automate was designed to work with windows and made to work on Linux and as a result, you essentially lose a lot of the core functionality that Automate provides. With that said, there are still reasons you may want to install an agent on a Linux machine, such as remote connectivity, inventory, basic command line access, and even custom scripts and monitors if you are knowledgeable with Linux.

So, what functionality do you have on a Windows machine that you do not have on a Linux machine?

Automate has no built-in functionality to support patching on Linux machines. Additionally, no stock content has been created for Linux machines unless a 3rd party vendor has built the content in their solution. I like to think of Linux machines as being like the existing network monitoring functionality. Everything exists for you to build out whatever you need, however, you require extensive knowledge of how the networking monitoring functions and what OIDs to use. Similarly, Linux machines have the same problem. All the functionality exists to create automation, scripts, and monitors but requires extensive knowledge of how Linux and Automate function before you can have success with it.

What is recommended to get me started?

CWA can be installed on a Linux machine whether it has a GUI or is all command based. ConnectWise has extensive instructions on how to install the agent, which I have linked below:

They also have a Linux Compatibility list, found here:

The first thing you need to do is get the agent installed using the above instructions. Doing so will allow you to remotely connect to the machine using ConnectWise Control (formerly ScreenConnect) and gain remote command line access and inventory functionality. Because Linux likes to occasionally get funky with permission, I am going to briefly take you through the install below:

First, you need to download the installer to the machine using the link from the CWA web portal: 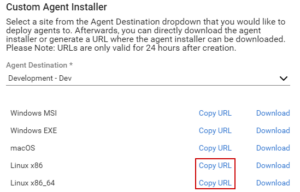 That file will need to be exported somewhere on the machine that is accessible. You then need to browse out to the zip file à unzip the file à browse through the folder structure à Enable the script execution with chmod. 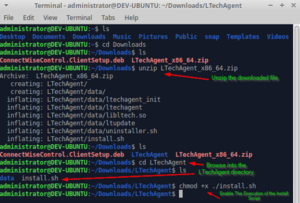 After you get the agent installed, you can deploy ConnectWise Control using the Redeploy command if it did not do it automatically (See picture below)

You are then able to create some basic automation by completing any task using Automate fully, then navigating to the Command Tile (Found under the gear icon) 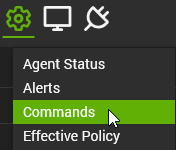 Then Ctrl-Click on every command you would like to put into a script and create a script from the tasks! 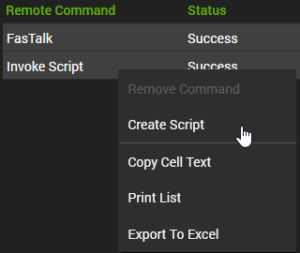 Need assistance building out automation? ProVal has extensive knowledge of ConnectWise Automate and although we specialize in building automation for windows, we have built out some scripts for Linux in the past. Please visit http://www.provaltech.com/contact-us to request more information. We look forward to hearing from you.

ConnectWise RMM vs Automate: Should I be using CW RMM?

How to Set Up Automate users to use ConnectWise SSO

5 Tips for using the Report Center

Get in touch today for MSP Centralized Services